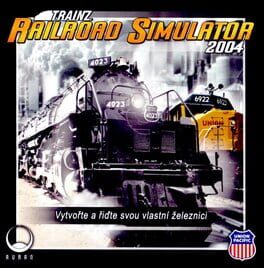 In this 3D railroad simulator, you can operate locomotives from the golden age of steam to the modern present in realistic scenarios, to move goods and resources from one place to another and keep the wheels of industry turning. You are in charge of every aspect of the process: complete control over the orders of the drivers, limits for the transportation process, the movement of the passengers and freight and a custom scripted system to create your own rules.

In addition to Trainz Railroad Simulator 2004, the representatives of Simulator games also belong:

Trainz Railroad Simulator 2004 is versatile and does not stand still, but it is never too late to start playing. The game, like many Simulator games has a full immersion in gaming. AllGame staff continues to play it.

Trainz Railroad Simulator 2004 is perfect for playing alone or with friends.

At AllGame you can find reviews on Trainz Railroad Simulator 2004, gameplay videos, screenshots of the game and other Simulator representatives.

Trainz released in 2002 was a big surprise for some. The game in terms of realism of the game did not match the famous "Microsoft Train Simulator", but was ahead of it and definitely in other competitions. What I mean here is the extensive options for creating your own network of connections, which undoubtedly has become the main attraction of the title in the eyes of railway enthusiasts, or simply those players who in childhood spent a lot of time on their own constructed tracks. The huge success of the game produced by Auran is best illustrated by numbers. On the official website of the first part of "Trainz" you can find several thousand files with materials prepared by fans of the game. We have to admit that we are able to come up with almost everything there: completely new locomotives (some have been professionally prepared in 3ds max programs!), Routes, surroundings and even extensive mods that can change selected elements of the game beyond recognition. Auran executives knew what to do about it and the sequel was produced fairly quickly. The very title of this game reveals the aspirations of its creators. Adding the word Simulator is a glove thrown towards Microsoft working on "MTS 2". However, the 2004 number raises my concerns. Could the producers of "Trainz" model sports EA hits plan to release their permanent titles at annual intervals? I hope that this will not happen, because 12 months is definitely not enough to significantly change the rather complicated game that is undoubtedly "Trainz".

At the very beginning it is worth highlighting two important things. This should please fans of the first part of the game. The 2004 edition contains all the improvements that appeared in patches to the first part. In particular, I mean single scenarios that were clearly missing in that game. The second important information is that almost all modifications created for the first part will fire in the sequel. Problems can be caused by more complicated mods or files that interfered with the structure of the game, but knowing the life have probably already been issued their modifications. "Trainz Railroad Simulator 2004" offers three basic modes: Surveyor, Driver and Scenarios. Surveyor allows you to create your own maps and interfere with specially prepared maps. The editor has remained virtually unchanged. Of course, some useful options have been added, and people who know the first part of the game should not get lost here. It is worth noting, however, and this is information for those who meet the series for the first time that creating a decent map is time consuming. More advanced players will enjoy the ability to create their own behavior scripts, or construct a network of industrial facilities that in the right game will require the regular supply of specific raw materials. Unfortunately, in practice this last element does not look so impressive. Noisy announcements about the extensive economic model and the need to take care of the interests of specific industrial structures are limited to providing them with the necessary raw materials as soon as possible (e.g. coal or wood). All you have to do is plan your train journeys well. It is worth adding that the player is not limited to one squad only.

If he wants, he can head a company that has several of them. Artificial intelligence takes control over the other trains. The SI module is quite efficient, you have to admit it. Computer-controlled trains approach the matter sensibly and, most importantly, do not bump into each other (at least I have not noticed such a thing). Returning to the Surveyor mode, however, those who do not want to create maps from scratch can use the ones prepared by the producers. Nothing prevents you from limiting yourself only to placing on the tracks composition, which you will manage in a moment. The maps are quite diverse. The most interesting are: Alps, USA, Australia or Scotland. Driver mode, as the name implies, is based on driving. This is where you can test maps you have created or modified. In addition, we have a substantial arsenal of tutorials describing, among others, the basics of controlling different types of trains, transporting passengers or supplying raw materials to factories. Unfortunately, the tutorials themselves are quite boring, and in addition in many places underdeveloped. The only rescue in the user manual or the official game discussion forum. This mode also offers several top-prepared stages, but they don't surprise you with anything interesting. In most cases, we are dealing with the consolidation of messages sent in tutorials, not independent stages. That's what the Scenarios mode is for. Nine scenarios with increasing levels of difficulty were offered to choose from. It is a pity that producers did not want to prepare more tasks. Well, it's better than nothing, and you can always count on the new ones to appear on the sequel's website. Scenarios in the vast majority of cases are interesting. For example, you need to manage several locomotives at the same time, or take on the role of a driver working for a local transport line.

In addition, we have Railryad mode. It offers the opportunity to look at detailed models of all locomotives, wagons and other moving objects that appeared in the sequel. The player can rotate them freely and even (in the case of locomotives) test the siren :-) I must admit that there are a lot of these objects. There are dozens of locomotives here (and I do not count slightly different models from the factories of the same manufacturer), in this particular field "Microsoft Train Simulator" there is even nothing to start, the more that in the reviewed sequel to diesel locomotives and finally joined electric steamers. This was one of the biggest shortcomings of the first game. It's safe to say that the problem has been almost completely resolved. Just leaving the place with such a steam engine without preparation in the form of passing the appropriate tutorial, borders on a miracle. It is a pity that the realism of driving such an old-fashioned locomotive significantly differs from the realistic approach to which the "MTS" got used to us. Fortunately, the problem disappears after installing the appropriate patch. By the way, it's worth noting that it also fixes many other smaller bugs. It remains to be hoped that it will be automatically added to the Polish version of the game, because the spectrum of sucking a hundred file, many a player (especially one with a modem connection) can be terrifying.

Unfortunately, installing the patch cannot fix the basic disadvantage of 'Trainz 2004', i.e. a general lack of realism. Despite the fact that the game is trying to cover it up somehow, after all, after some time, they start to irritate the strange behavior of trains. While the process of acceleration and deceleration of the composition consisting of several dozen wagons was prepared quite well, the rest is far behind Microsoft's game. What's more, there are occasionally extremely annoying mishaps, e.g. in the form of derailing on a straight section at a low speed and only a few attached wagons. The impact of weather on train behavior was also fairly average. Driving in the rain or even snow is not a problem here. However, these shortcomings should please those players who are looking for great fun in the Auran product. Even a simplified model of locomotive control was prepared for them, which is based on a single knob, which must be manipulated accordingly. Do not think, however, that the game becomes very difficult when turning on realistic driving settings. The management of diesel and electric locomotives then requires at most several days of training. The aforementioned steam locomotives are a category for professionals.

The graphic design of the continuation of 'Trainz' evokes mixed feelings. On the one hand, we are dealing with the same engine, but on the other, there were several major improvements. Particularly noteworthy is water, which finally looks as it should. Unfortunately, all the rest presents a slightly lower level. The trees are still bitmap, the same can be said for passengers waiting on platforms and cars. It would probably be better if Auran left them still and not try to animate. Very often there are numerous paradoxes, e.g. in the form of overlapping carts. Their flat wheels are also clearly visible. For the sake of relief I will add that the authors managed to smuggle the famous van that "Team A" moved on :-) This is such a small detail for enthusiasts of this series. Locomotive designs deserve praise. The interior of each of them has been quite realistically rendered, and despite the fact that some buttons are inactive or have no effect on the behavior of the train (simply marked as Switch 1 ... x), the whole should be included in the game as a plus. The preparation of several dozen jobs had to be a challenge. The player is obviously not limited to the view from inside the speeding locomotive. The camera can be positioned almost anywhere (rotating, zooming, etc.), and can even be positioned next to the route (stationary). It is a pity that the interior of the carriages was not taken care of. The game is saved by a huge variety of objects that our locomotives can pull. These include passenger cars, tankers, containers filled with various raw materials, and even platforms with cars. All these elements have been meticulously prepared, thanks to which the player-controlled composition clearly stands out from the background. The sounds came out very well. I have nothing to attach to here. Not only the trains (clatter of wheels, the already mentioned sirens, engine) were given away perfectly, but also the surroundings. Driving through the village you can hear birds chirping and machines working at factories. The game engine is unfortunately very underdeveloped and can jump even on stronger configurations. On my equipment (Athlon 1600XP, MSI KT6 Delta, 512DDR, GF4 Ti4200) at a resolution of 1024x768x32 (maximum details) it sometimes slowed down severely (usually at higher speeds and near cities).

"Trainz Railroad Simulator 2004" is a successful sequel. Of course, the game could be slightly better, but I think it should interest both those who spent hours sitting on the first part and people who meet the series for the first time. An additional advantage is the attractive price of the Polish edition. Nothing but buy and ride, ride ... until derailment :-)

Screenshots will help you evaluate the graphics and gameplay of Trainz Railroad Simulator 2004. 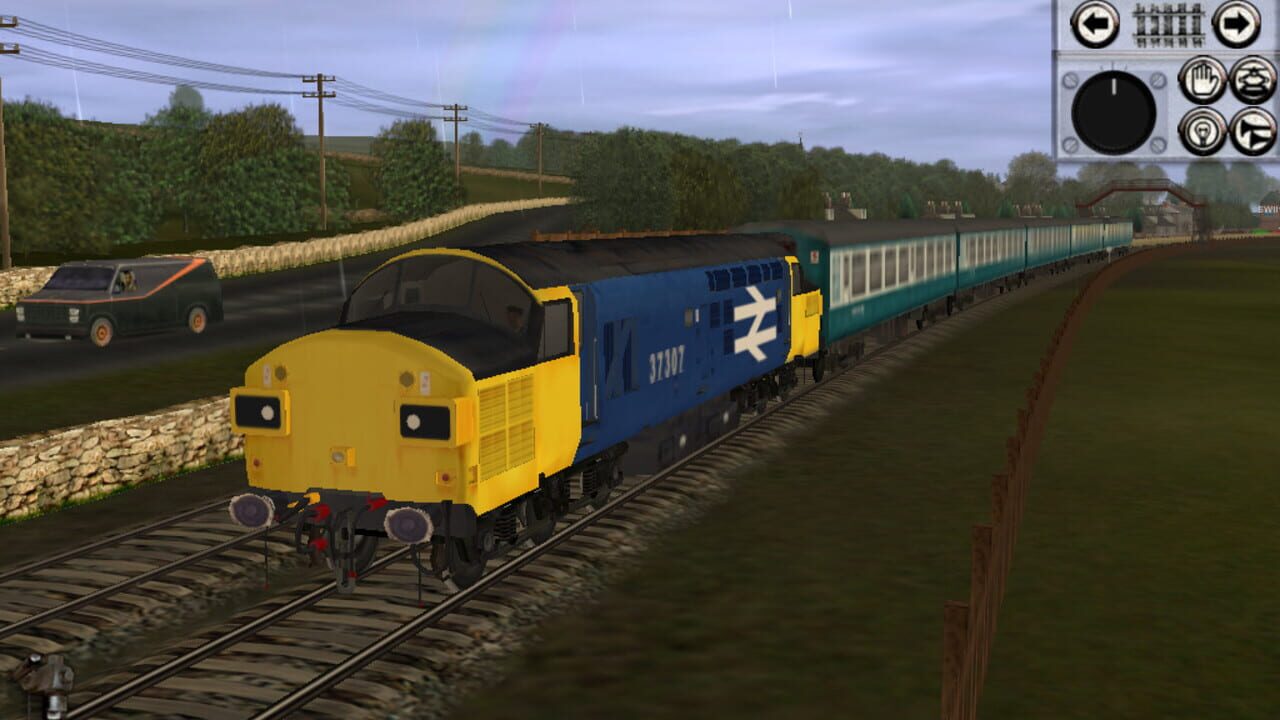 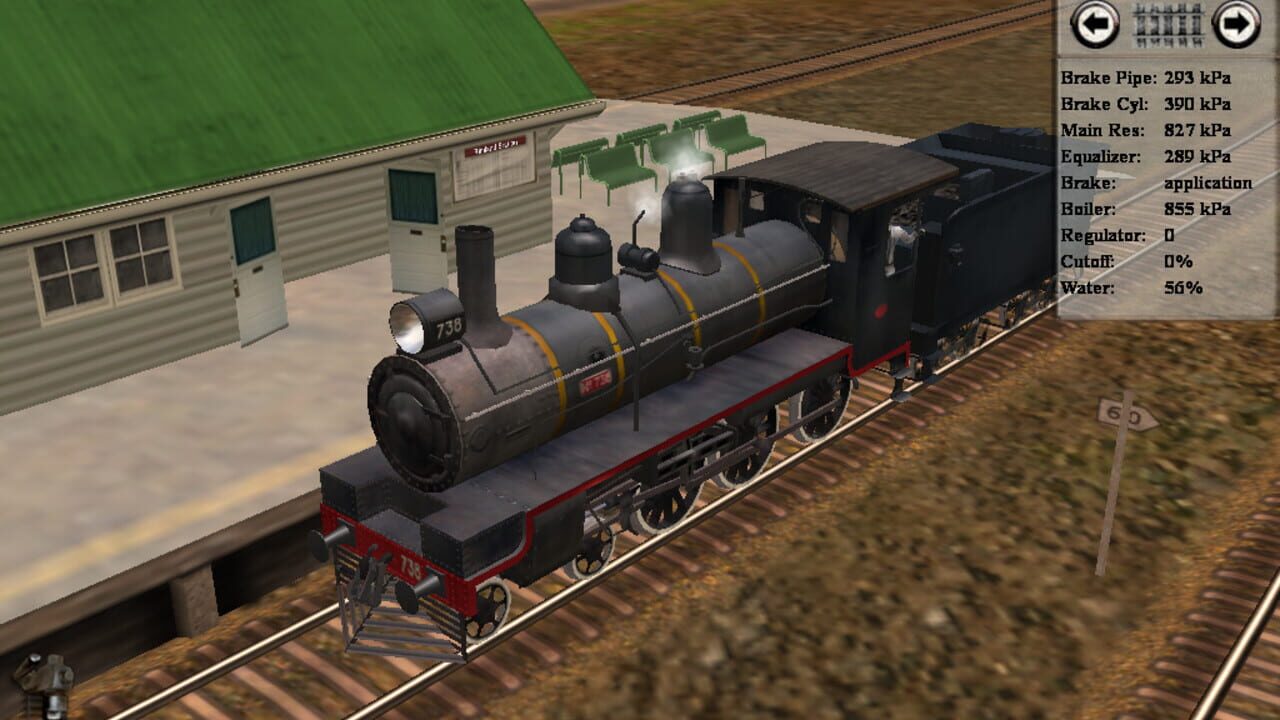 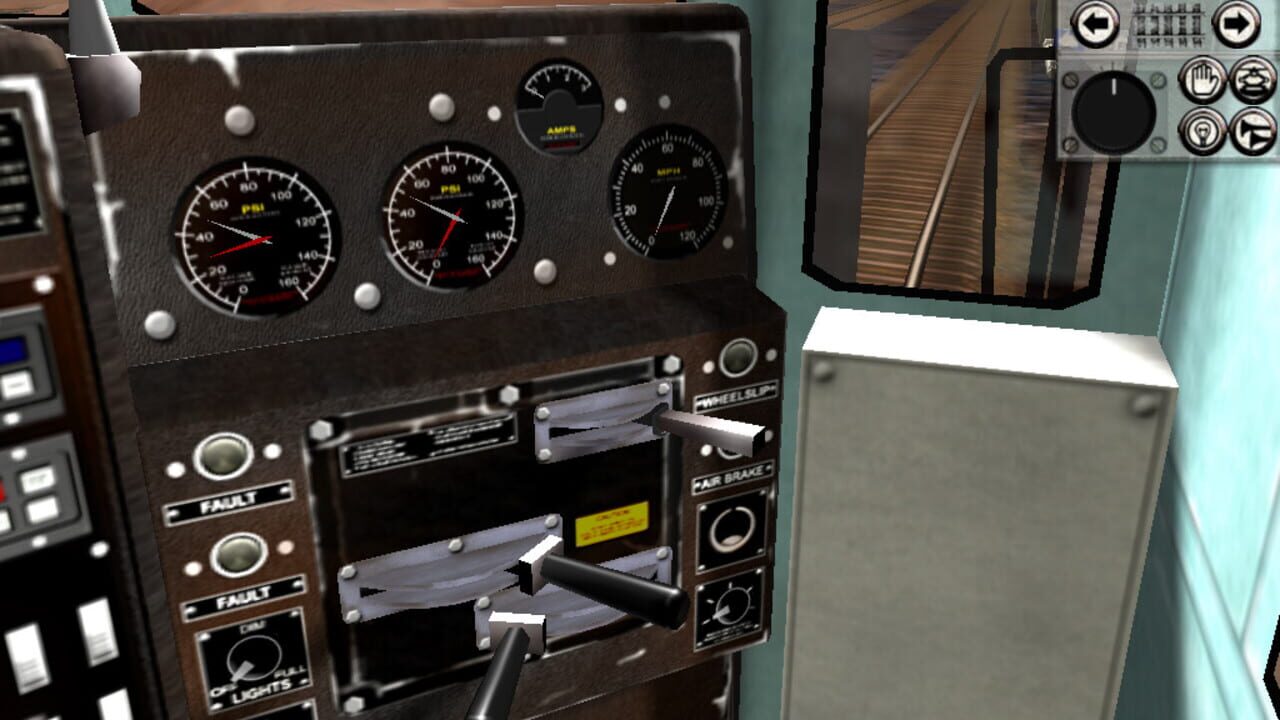 If screenshots are not enough, you can enjoy creative videos from FIP Publishing

If you like Trainz Railroad Simulator 2004, but you're tired of it and want something new, you can try other games.