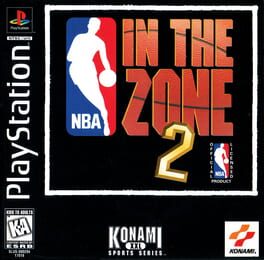 NBA In The Zone 2

Get ready to run the floors with NBA In the Zone 2 from Konami. After last years title, Konami has stepped up and added new features to ITZ2 to make it the best possible basketball game. Featuring different play modes such as exhibition and full season play, as well as containing full rosters for all the NBA teams and the ability to make substitutions, ITZ2 is loaded. Also beefed up is the AI. Not only will it be harder to drive to the basket, gamers have a greater chance of getting fouled-out, with increased foul elements such as offensive fouls and basket-count. So step on the court and get ready for some solid b-ball action.

About NBA In The Zone 2

In addition to NBA In The Zone 2, the representatives of Sport games also belong:

NBA In The Zone 2 is versatile and does not stand still, but it is never too late to start playing. The game, like many Sport games has a full immersion in gaming. AllGame staff continues to play it.

NBA In The Zone 2 is perfect for playing alone or with friends.

At AllGame you can find reviews on NBA In The Zone 2, gameplay videos, screenshots of the game and other Sport representatives.

If you like NBA In The Zone 2, but you're tired of it and want something new, you can try other games.