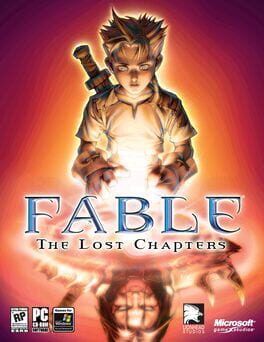 Fable was expanded and rereleased as Fable: The Lost Chapters for Xbox and Windows PC platforms in September 2005. The game was later ported to Mac OS X by Robosoft Technologies and published by Feral Interactive on 31 March 2008. The Lost Chapters features all the content found in the original Fable, as well as additional new content such as new monsters, weapons, alignment based spells, items, armour, towns, buildings, and expressions, as well as the ability to give children objects. The story receives further augmentation in the form of nine new areas and sixteen additional quests. Characters such as Briar Rose and Scythe, who played only minor roles in the original game, are now given more importance and are included in certain main and side quests. Other character-based augmentations include the voice of the antagonist, Jack of Blades, sounding deeper, harsher and more demonic, and the ability to uncover (and resolve) the murder mystery of Lady Grey's sister. The updated edition of the game also applied fixes for certain glitches, such as the "dig glitch," in which the protagonist would move backward each time he used the shovel, pushing him through solid objects and sometimes trapping him.

About Fable: The Lost Chapters

In addition to Fable: The Lost Chapters, the representatives of Role-playing (RPG) games also belong:

Fable: The Lost Chapters is versatile and does not stand still, but it is never too late to start playing. The game, like many Role-playing (RPG) games has a full immersion in gaming. AllGame staff continues to play it.

Fable: The Lost Chapters is perfect for playing alone or with friends.

At AllGame you can find reviews on Fable: The Lost Chapters, gameplay videos, screenshots of the game and other Role-playing (RPG) representatives.

This section tells the history of the world of Fable: The Lost Chapters

On his sister's birthday, a young boy's village of Oakvale is raided by bandits; killing the boy's entire family. An old Hero, Maze, rescues the boy, seeing great potential in him; Maze trains the boy to become a Hero at the Heroes' Guild. Years pass; after honing his skills, Maze informs the Hero of a blind seeress living among a bandit camp near Oakvale, and advises the Hero to infiltrate the bandit camp. To the Hero's surprise, the blind seeress is actually his older sister Theresa who was taken in by Twinblade, a former Hero and the present Bandit King. After a showdown with Twinblade, the Hero is given the choice of killing or sparing the bandit. Later on in the Hero's life, after he has gained more recognition among the people of Albion, he is invited to fight in the Arena, where he meets the legendary Hero named Jack of Blades, who runs the arena battles. As a final challenge, Jack pits the Hero against his rival, which was also once his childhood friend/room-mate back in the Guild - Whisper; when the Hero defeats her he may kill or spare her. The Hero learns that Jack of Blades himself destroyed Oakvale during the Hero's childhood; aided by Theresa, the Hero discovers his mother alive in Bargate Prison. The Hero is captured in the rescue attempt and spends a year or more in the prison before finally escaping. Maze is revealed to be a traitor and working with Jack. Maze kidnaps Theresa. After defeating Maze, the Hero is led into a final confrontation with Jack where his mother is killed. Jack reveals that The Sword of Aeons can only be wielded if it receives the blood of Archon. The Sword of Aeons is said to be a very powerful sword of destruction. Upon the death of their mother, the Hero and Theresa are the only two remaining descendants of Archon, and if Jack destroys them both the sword will be even more powerful. After defeating Jack, the Hero must choose whether to keep the Sword of Aeons by killing his sister, or cast it away forever into a portal created by Jack of Blades' death. Depending on the Hero's alignment and the player's choice of using or destroying the sword, there are a total of four different endings. Once the ending credits roll, players can resume their games. In The Lost Chapters special edition, the story continues. After the defeat of Jack, the Hero must find passage to the Northern Wastes to aid a legendary hero named Scythe in stopping an unknown great evil from returning. Should the hero have discarded the Sword of Aeons he will have the opportunity to gain the sword "Avo's Tear", a sword of similar design and equal power but that holds a light alignment rather than dark. Avo is said to be a god that represents the light side alignment. After a series of quests revolving around this new evil, it is learned that Jack of Blades has returned. He must then defeat Jack of Blades a second time, Jack having returned from the dead in the form of a dragon. Upon the death of Jack, the hero then uses Jack's mask to capture Jack's soul, with Scythe telling him that the battle is not over and that he must destroy the mask. The hero then has the final choice of putting on the mask - being consumed by Jack in the process - or destroying it, along with Jack, forever.

Screenshots will help you evaluate the graphics and gameplay of Fable: The Lost Chapters. 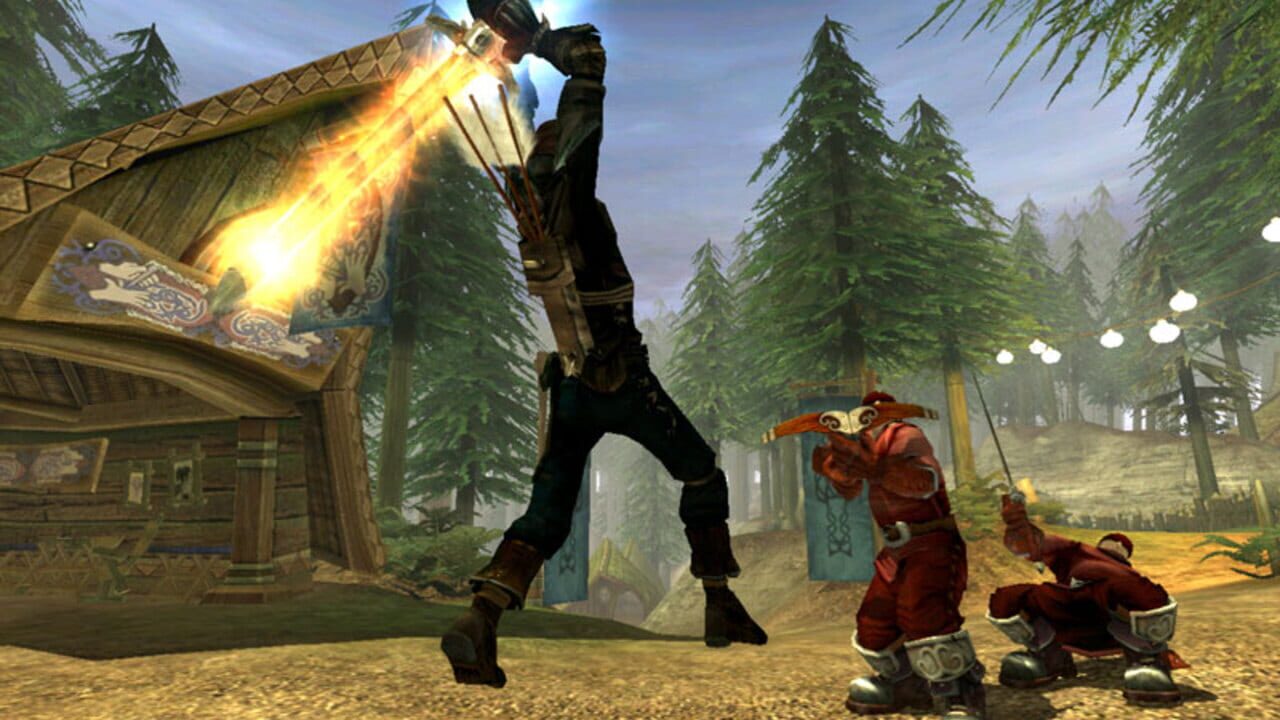 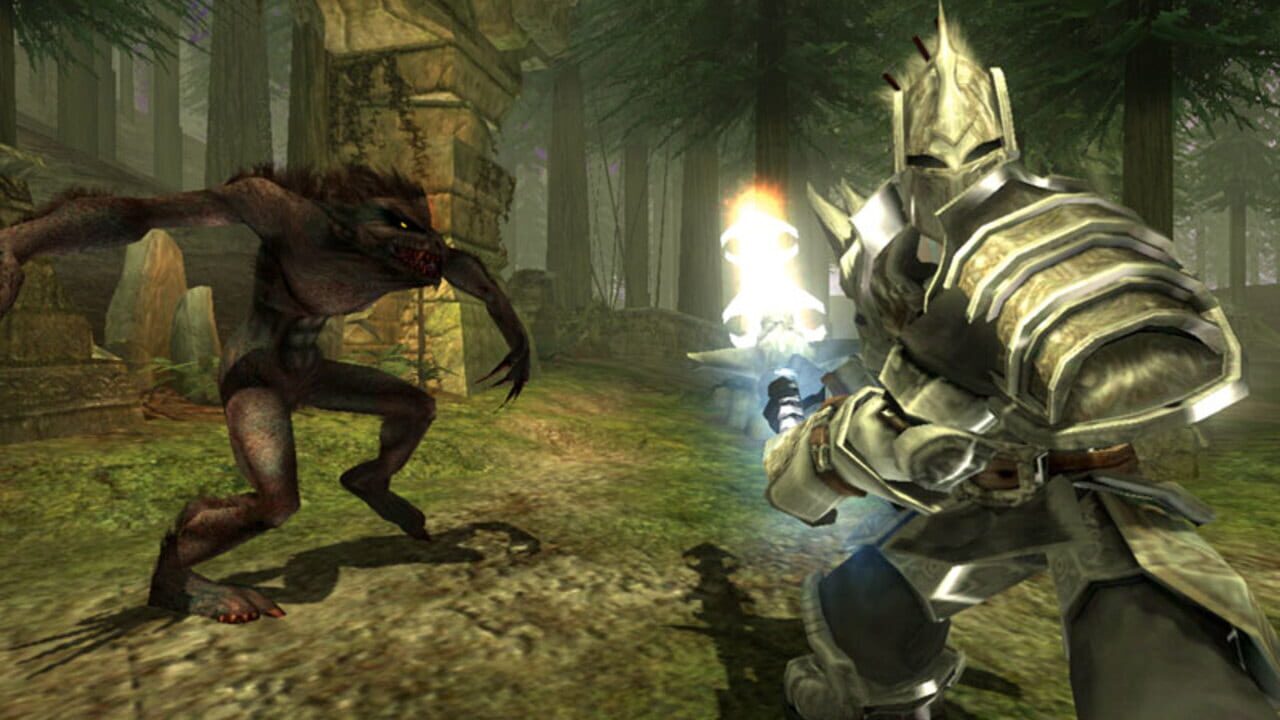 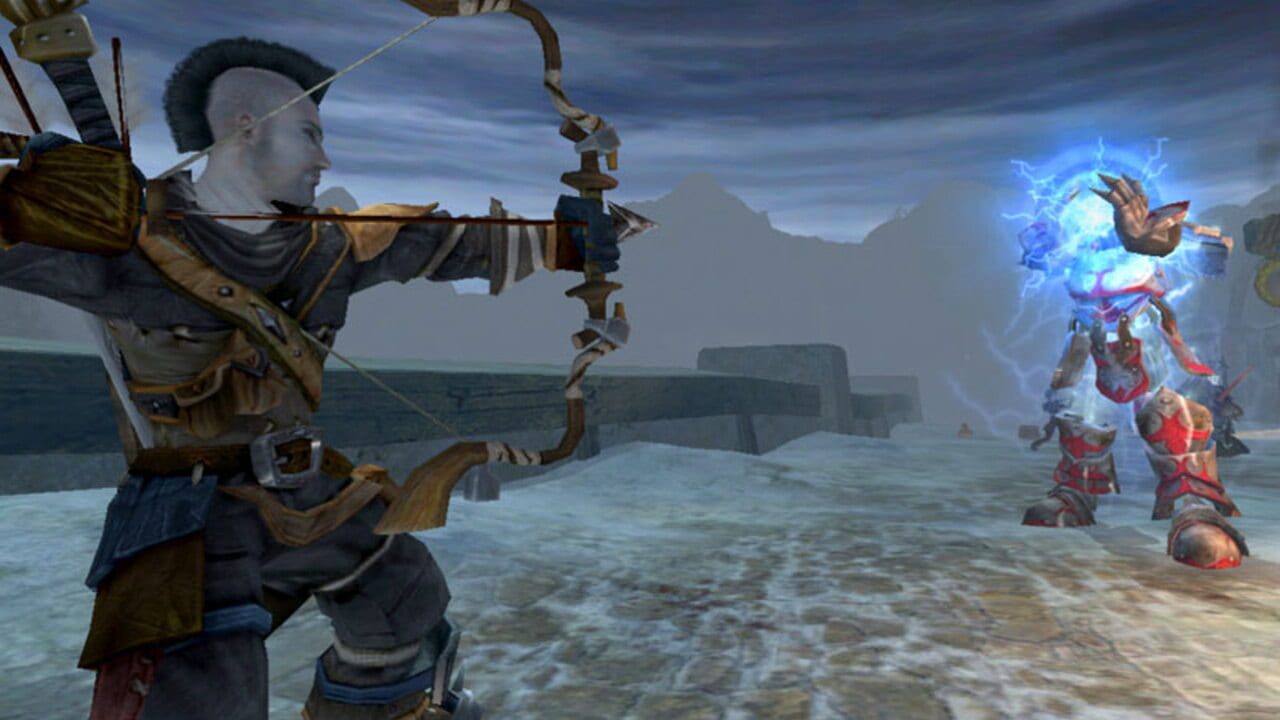 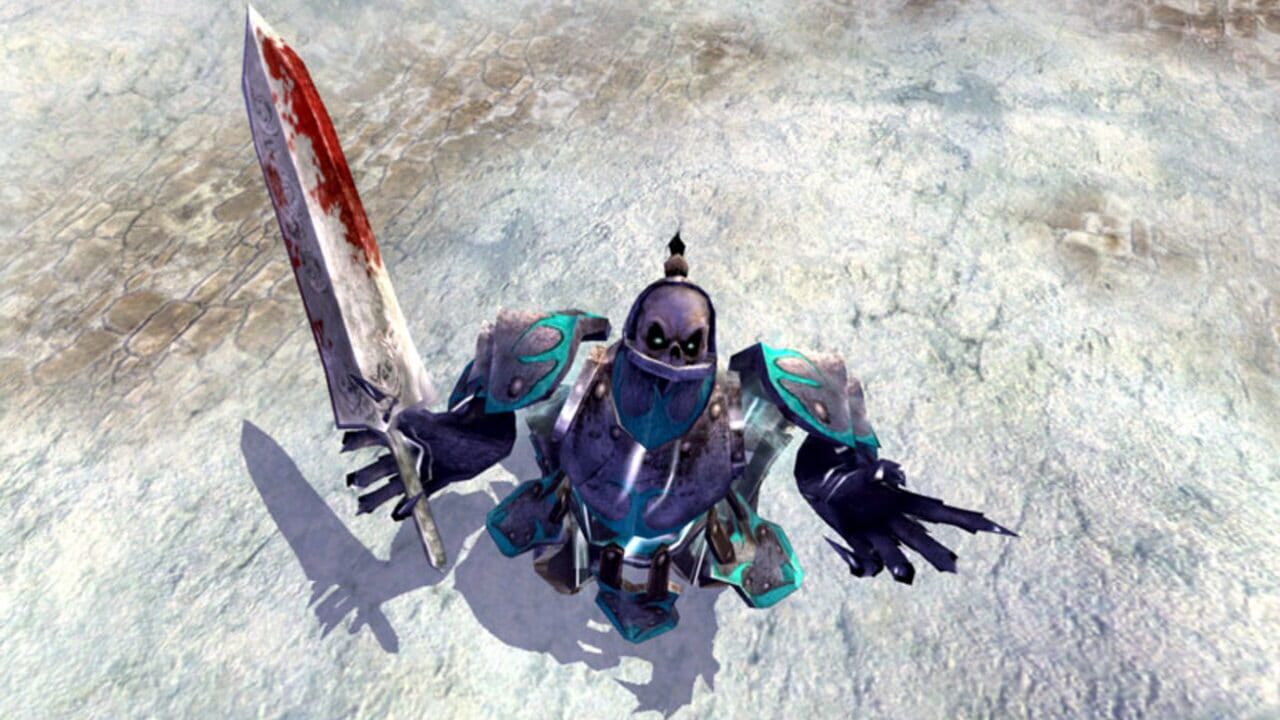 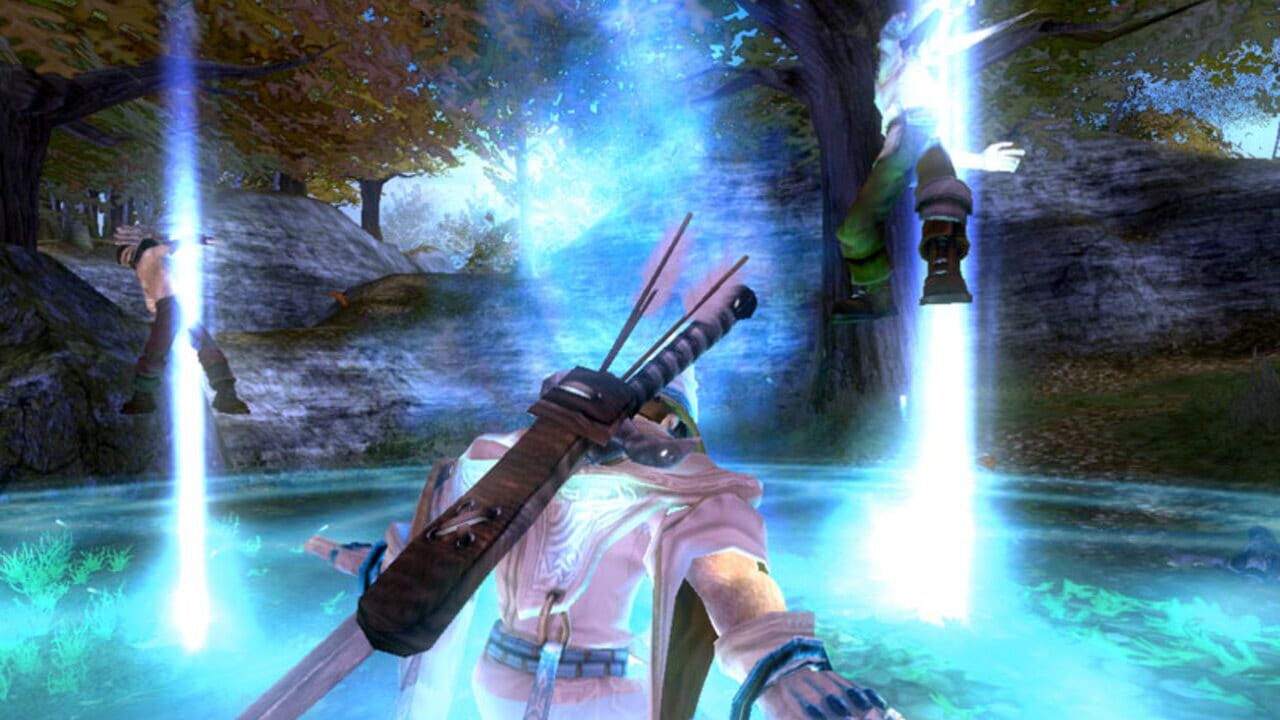 If screenshots are not enough, you can enjoy creative videos from 1C Company

But that's not all! We also carefully prepared the best strips from Fable: The Lost Chapters.

If you like Fable: The Lost Chapters, but you're tired of it and want something new, you can try other games.